How to Become a Virgin - Quentin Crisp

HOW TO BECOME A VIRGIN - QUENTIN CRISP

I'm very happy to stand up straight and tall and shout that Quentin Crisp was a better man than I. Like Robert DeNiro's Travis Bickle character in Taxi Driver, here was a man who in his own particular way 'would not take it any more, a man who stood up against the scum, the cunts, the dogs, the filth, the shit. Here was a man who stood up. Here was...'. But rather than setting out to assassinate a politician or to rescue a child prostitute from her pimp, Quentin (or perhaps we should refer to him as 'Mr Crisp' in the same fashion as to how he politely referred to everybody by their title and surname?) instead leant limply for 50 years against a metaphorical wall until it began to give way. 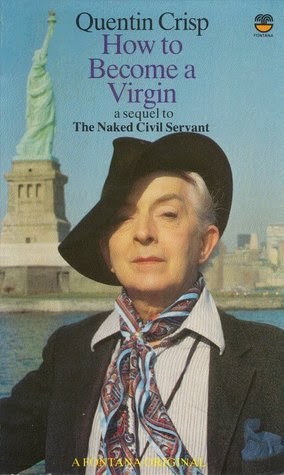 How To Become A Virgin is the sequel to Mr Crisp's autobiography The Naked Civil Servant which is, of course, required reading for anyone who's ever felt themselves hard done by, just as the television drama of the same name starring John Hurt is required viewing. It details how after a lifetime of ostracism and poverty Mr Crisp finally makes it into what Americans call 'the big time' and how his dreams of celluloid fame if not fortune come to pass. There are setbacks and whole minefields of potential catastrophe to navigate along the way but in the end Mr Crisp prevails to become the icon of individuality that he's still known as to this day.

It's this lesson in being true to yourself and above all being yourself that Mr Crisp has bequeathed and it's a lesson of incalculable value. To be yourself is an exhortation that's far easier to say than to actually do, and then far easier to try for than to actually accomplish. It is, however, perhaps one of the greatest things that any person could hope to achieve in their lifetime.
At one point in the book Mr Crisp describes being asked by an interviewer whether he was meeting more interesting people now he was famous than he did formerly to which he replies that to him, everyone who will talk about themselves is interesting. He later revises his reply to declare that everyone is interesting who will tell the truth about themselves. Mr Crisp would tell nothing but the truth about himself, often alarmingly so. Including details about his housekeeping habits - or lack of.

For him, fame was the heart of the city of happiness and his entrance into it was ignited by the publication of his autobiography and then cemented by the broadcasting of the television drama: "It offered to the viewers visual proof of what previously had only been suspected, feared or, possibly, hoped. This did indeed cause certain people to despise me even more deeply than before but in the eyes of others I gradually started to become sanctified."
For years after he kept his name and telephone number in the Yellow Pages and diligently suffered the consequences, laying his eager ear to the keyhole of the world as he put it and listening to abuse, enticement, entrapment and the murky unpleasantries of human experience. It wasn't only homophobes, would-be psychopaths and schoolboys who wished him dead but also members of the Gay Movement (as distinct from gay people) such as writers for Gay News who expressed the opinion that it would have been better for 'The Cause' if The Naked Civil Servant had been published posthumously - a literary way of saying 'Drop dead'. But as Mr Crisp explains: "In spite of all that my persecutors can do or say to me, I still want the world. What else is there?"

From talks in small theatres to invitations to Canada, Australia and then America where he eventually settled, Mr Crisp graciously accepts and describes it all in his uniquely witty and insightful way, revealing himself to be almost poetic at times as when, for example, describing a long-distance flight: "It is impossible not to regard the cloudscape below you as the surface of the earth. You are not aware of any motion and feel that you are standing in a disused lighthouse surveying a snowbound planet, long since bereft of human habitation, making its last meaningless, million-year dash towards the sun." At other times, he sounds distinctly Morrissey-like: "At a time when my two brothers aspired to be splendid icons of manliness such as firemen or ships' captains, all I wanted was to be a chronic invalid. For this vocation I had a certain flair. Unfortunately my parents decided that, as a career, it would prove too expensive."


Mr Crisp grew up instead to be a very fine and extremely courageous gentleman who has my and should have everyone else’s full respect and admiration. Mr Crisp grew up to be a hero.
John Serpico. 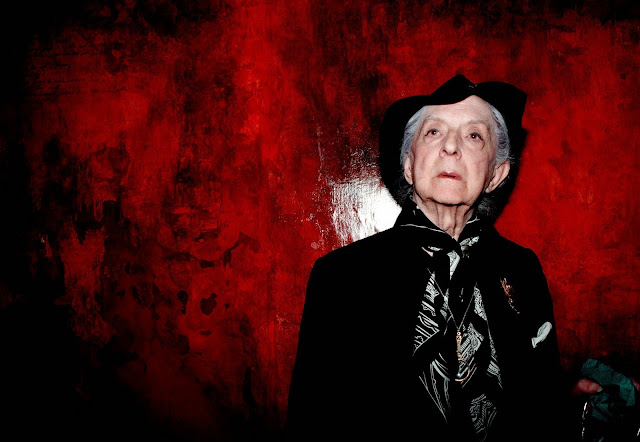 The world of Exmouth: